Arkansas truck driving students have had a problem.

There were too many of them ready take the state’s skills test to earn their commercial driving licenses for the number of examiners or exam slots available. 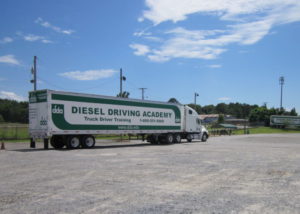 So potential drivers were waiting an average of three weeks to be tested, a lengthy period for those who had left a job or were unemployed.

There’s also concern about the deterioration of the skills they had learned in driving school.

“We had some of our students scheduled for orientation at Arkansas carriers and we couldn’t get ’em tested so the carriers [complained],” said Bruce Busada, president of the Diesel Driving Academy in Little Rock.

“Everybody’s cutting budgets, but these states don’t realize they’re hurting themselves more when they cut something like this because they’re keeping people in their own state from getting high-paying jobs.”

Continue reading this article at: www.ttnews.com