Getting a Commercial Driver’s License: Why Your Health Matters 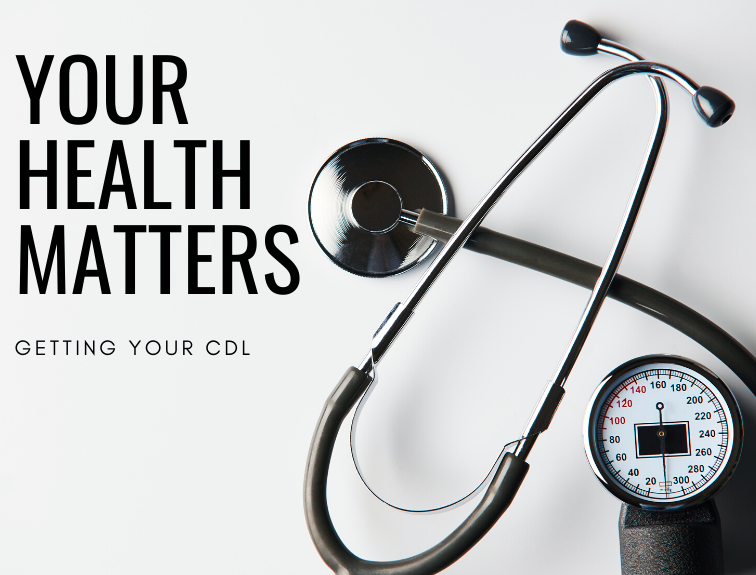 For some, the DOT Physical Exam could be the easiest part of the process for obtaining a CDL. A quick check-up and you’re on your way to becoming a truck driver. For others, however, we understand that this is the most nerve-wracking part, especially those with certain medical conditions or who take certain medications.

The truth is, if you have a medical condition it may interfere with your ability to drive. The Federal Motor Carrier Safety Administration has a list of ailments that disqualify applicants from commercial driving. For many of these, this applies to instances where the disease is of sufficient severity that it would likely interfere with the driver’s ability to operate a commercial motor vehicle safely.

Disqualifying Conditions according to FMCSA:

These rules are in place as a safety precaution. These illnesses can compromise the driver’s ability to operate their vehicle safely, which creates a potentially dangerous situation on the road. Allowing a driver behind-the-wheel of a vehicle while having one of those conditions can lead to fatal consequences.

Those aren’t the only conditions that disqualify drivers. The loss of a limb or loss of or impairment of fingers would prevent gripping or otherwise would interfere with the ability to control their vehicle could also lead a driver being deemed unable to obtain a CDL.

However, in cases of physical impairment, much like with vision or hearing impairments, if the candidate can perform the tasks associated with driving a commercial vehicle with the use of a prosthetic, brace, or a similar device, they may be allowed to drive. Someone who has been granted a Skill Performance Evaluation (SPE) Certificate (which was formerly called the Limb Waiver Program) is also typically allowed to drive.

As you can imagine, the government tends to take a negative view of truck drivers under the influence of drugs and heavy medications as well. The FMCSA specifies that a driver who is using a drug identified in 21 CFR 1308.11 (391.42(b)(12)) (which is to say substances identified as controlled) or substances such as amphetamine, a narcotic, or another habit-forming drug, the driver should be deemed medically unqualified to drive. Exceptions can be made if the prescribing doctor can write that the driver is safe to be a commercial driver while taking the medication. The medical examiner then may (but is not compelled to) certify the driver. In addition, anti-seizure medications and methadone are both disqualifying medications as well.

Overall, the government strives to take a position of caution when it comes to allowing truck drivers to operate. In the unsteady hands of someone under the influence of medication, drugs or alcohol, or someone with a severe medical condition. A truck driven by someone medically unqualified could turn from a tool of commercial production and become a weapon of destruction.

If you are interested in becoming a truck driver, but unsure if you are medically qualified, contact Diesel Driving Academy. Our Admissions team would love to discuss with you about your options and your next steps to begin a trucking career.