Diesel Driving Academy is proud to announce that after years of research and a recent survey of over 12,000 schools, we have been named by G.I. Jobs magazine as a Military Friendly School® for 2013!

DDA takes great pride in this honor, as it ranks our school in the top 15% of all colleges, universities and trade schools nationwide. The competition for the 2013 Military Friendly Schools® list was fierce, and as a result, the already stringent criteria was raised to a higher benchmark. We are proud to say our school is among the elite. In July, we received a Military Friendly Schools® plaque commemorating this distinction. 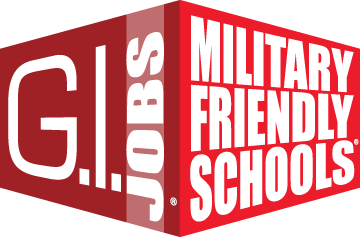 “You have demonstrated a strong interest in recruiting military students, and I urge you to augment your already stellar efforts by continuing to improve your military friendliness each year. Ensure your place on our list by bolstering the policies, efforts and results you use to recruit and retain military and veteran students. These policies, efforts and results were carefully gleaned through our survey and weighted into our rankings. Please note: Military Friendly Schools® are not ranked on the list.

On behalf of the 8 million military members and veterans seeking a school, I thank you for your commitment to educating our nation’s most deserving heroes.”

Diesel Driving Academy is a proud supporter of our men and women in uniform, and is honored to participate in active duty and veterans programs designed to prepare them for careers in the civilian workforce.